Raising turnout is a constant topic of discussion in politics. Placing polling stations on university campuses is a concrete act by which municipalities can support the turnout of young people and students.

Facilitating student voting also supports young people’s turnout. The municipalities of the Helsinki Metropolitan Area are home to an exceptional number of students, many of whom are also young. In a representative democracy, it is important that the composition of municipal and city councils reflects the groups of municipal residents. Few students or young people run for office themselves, so voting is the most concrete way for them to influence the decision-making of their community.

One solution to the problem is to organize polling stations on campuses. At its best, thousands of students visit one campus every day. A polling station on a university campus is a logical solution if the goal is to increase voting activity. In particular, acting as a pre-voting venue on campus would motivate many students to vote alongside lectures.

Many international students also study at universities, few of whom know that they have the right to vote in Finnish municipal elections. Polling stations on campuses would raise student awareness of the election, and could also encourage student communities to engage in societal debate.

It is pointless to talk about involving young people and students in decision-making if they are not prepared to take concrete action. Metropolia University of Applied Sciences supports the placement of polling stations on campuses. The Myllypuro, Arabia and Myyrmäki campuses have space and students who would benefit from this investment. 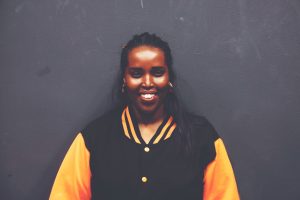 Nimo Samatar
Vice Chairperson of the Board of Directors – METKA
Advocacy
050 382 7653
nimo.samatar@metkaweb.fi